Save $150CAD Per Couple - Columbia Highlights

Save $150CAD Per Couple - Columbia Highlights

Savings: $150CAD* Per Couple (When book three months in advance) 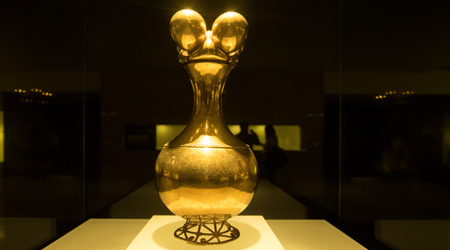 Private transfer from Bogotá airport (BOG) to hotel - with Bilingual guide. Colombia's pulsating capital is a nine-million-metropolis that stretches over 40 km from north to south and 20 km from east to west. Located centrally in the country and on 2650 meters above sea level, Bogotá indeed is the raised and rising economic and industrial powerhouse of the country. The national legislature, the Supreme Court of Justice, and the residence of the President of the Republic (Casa de Nariño) reside here, surrounding the grand Plaza de Bolivar in Bogota's picturesque historic center. Here in "La Candelaria" colourfully painted colonial buildings house excellent museums and galleries, libraries and cafés, all set against the spectacular backdrop of the Andean mountains east of the city. The Monserate Church and the Virgin of Guadalupe reside up here on the mountain tops and watch over Bogota. They offer the best views across the maze of buildings, buses and barrios, showcasing the ecclectic mix of historic and modern and an increasingly cosmopolitan city. 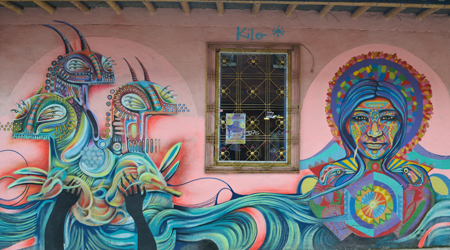 Full Day City Tour Incl. Gold Museum, Monserrate & Zipaquirá - with Bilingual guide. This guided tour takes us on a journey through time from Bogota's colonial era to modern day urban life. Starting at the grand Plaza de Bolivar and the surrounding government buildings we continue to La Candelaria, Bogota’s historic quarter, and to Bogota's oldest church, the Iglesia de San Francisco. At the world-famous gold museum, we go back in time even more, admiring over 30.000 exhibits of pre-Columbian gold artifacts (closed on Mondays). We then seek higher grounds with an exhilarating cable car ride to Monserrate Hill, which offers spectacular views of the nine-million-metropolis and the surrounding high plains. Our excursion continues by leaving the big city behind to visit a true masterpiece of ecclesiastical "architecture": the unique salt cathedral of Zipaquirá. This impressive cathedral of was carved out of a salt mine 120 meters below the ground in the fifties. We finish our visit with a stint to the village of Zipaquirá itself. Located about 50 km north of Bogotá it offers enchanting sights as we walk across its main square.

ATTENTION: On Sundays Monserrate is very busy and there might be long queues. Alternatively, the guide will take you by private transport to the mountain Guadalupe, at 3.300 m or to the Calera, where you get to enjoy the view of Bogota.. 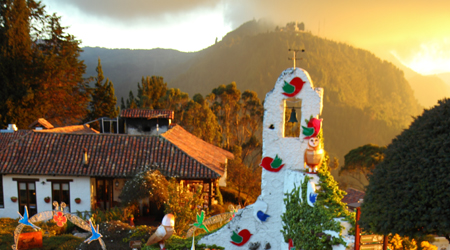 Half Day shared Walking Tour Graffiti of Bogotá - with Bilingual guide. Bogotá is considered one of the world’s ‘graffiti-capitals’. The megacity’s old town La Candelaria teems with facades covered with graffiti from different artists. The dominant socio-critical topics are represented within the scope of the so-called APC-themes ‘Animals, Power, Culture’ and tackle several socially controversial issues including human rights, animal rights, unequal power relations or current political and social themes in conflict regions across the world. This graffiti tour is a fascinating way to get to grips with South America's vibrant street art scene and the different techniques. The tour also shines a light on a variety of historical and societal topics and should be appealing to many - not just to the younger audiences. The SIB tour starts every day at 10am and 2pm. The meeting point is the ‘Parque de los Periodistas’ in the centre of Bogotá.

Private transfer from hotel to Bogotá airport (BOG) - with Bilingual guide. Private transfer from Rionegro airport (MDE) to hotel - with English speaking guide. Transfer time aprox. 40 min. Medellín, the capital of the departament of Antioquia, is located in northwestern Colombia and lies cradled in the Aburra Valley, bisected by the Medellín River which runs north to south. With its year-round warm temperatures, it is also known as the “City of Eternal Spring”. It´s population is about 3 million, which makes it the second largest city of the country. In addition, the city stands out as one of the major cultural centres in Colombia: It hosts numerous nationally and internationally recognized events such as the Flower Fair and the International Poetry Festival. Half Day city tour History of Transformation - with English speaking guide.

A little more than 20 years ago, Medellin was one of the most dangerous cities in the world. In the early nineties the hunt on drug kingpin Pablo Escobar, the head of the Medellin Cartel, reached its peak. Shot dead on a roof by special operation forces, the reign of “El Patrón” came to its end. Until the turn of the millennium the struggles with Escobar's successor continued and from 2002 Medellin gradually began to change for the better. Smart local politicians successfully started to invest heavily in infrastructure and public education. Today the “City of Eternal Spring” is considered one of the most innovative metropolises in the world. We embark on a fascinating tour to settings of Medellin's past and present and learn about the transformation of a moloch once doomed to a city now deemed. Duration: approximately 4 hours.

Full Day Visit to El Peñol & Guatapé in Public Transport - with English speaking guide. The Municipality of Guatapé and La Piedra del Peñol are 2 of the most important tourist places in the Surroundings of Medellin, located approximately 2 hours from the city, become one of the most visited places by tourists and the inhabitants of the City, for the fantastic country landscape, which contrasts with a stone of great height (297 meters) in the middle of a dam that generates great amount of the country's electric power and one of the most picturesque villages of the country. After picking up the tourists at the hotel, a transport is taken, which may include the Metro system depending on the hotel from which you depart to the north buses terminal. After a 2-hour journey and passing through the new town of Peñol, a fundamental starting point to discover the past, present and future of this beautiful area and along the front of Piedra del Peñol.

Finally, we arrive at the town of Guatapé famous for the details of the Zócalos of their houses, where we take a tour in Mototaxi through its streets and continuing in the mototaxi we visit the majestic Piedra del Peñol, there we will have a panoramic view of the reservoir of Guatapé - Peñol and those who wish will be able to climb to the top of the Piedra del Peñol on a journey of more than 600 stairs (climb included) and then return back to the Town. In Guatapé you can also have time to take a tour on a typical boat (not included), enjoy the beautiful scenery, fly above the dam on the cable flight (not included) or just enjoy the craft stalls and the life of the boardwalk of Guatapé. To finish, you return to the city using the same means. 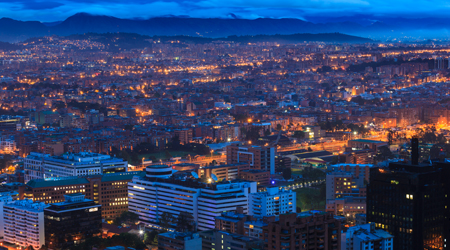 Once all the passengers have been picked up the City Tour starts by visiting Fort of San Felipe de Barajas, the biggest military construction ever built by the Spanish in their colonies. On this walk of approx 1 hour we can appreciate this masterpiece of military architecture in coral stone and get a good idea about the defense strategy of the city. Afterwards we continue with a visit to the Convento San Pedro Clavér Museum, former Jesuit Cloister 1605 and home of the "Slave of the Slaves “. To finish, we will have a walking tour of approx 2 hours to the most beautiful squares, churches and streets of the Historical Center. Tour is shared with other travellers (SIB).

LA POPA CONVENT: In this variation, after visiting the San Felipe Fort and before heading to the Historical Center, there is a visit to the Cerro de La Popa, an old Augustinian convent located 150 meters high the highest point of the city This variation is performed instead of the visit to the San Pedro Claver Museum and it is done only in case of small groups.

Full Day Excursion Isla del Encanto - group excursion - transfer Hotel - Dock, transport by boat and lunch included. Our departure takes off in speed boat from the “Muelle de La Bodeguita” towards “Rosario Islands” and Isla del Encanto at 08:30 aprox. Now we have time to swim or relax on the small island with white sandy beaches awaits you. After lunch (buffet: Fish, meat or chicken, fresh vegetables, Coconutrice, 1 non-alcoholic drink and a great dessert is served) we will have more time to relax, swim or snorkel. In the afternoon we return to Cartagena. (Trip will be conducted in the company of an international group of tourists, under the supervision of a bilingual guide. Please note that there´s no individual tourguide on board just a general one for the whole group). Includes one-way transportation from hotels in Centro Historico, Bocagrande to the Bodeguita dock (collected from 8:00 a.m.) 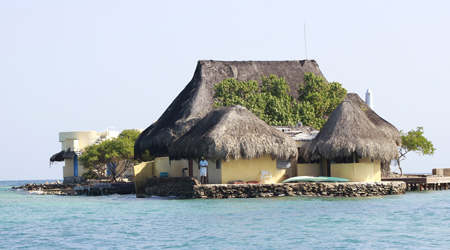 Wishing you an incredible journey to Colombia!

*Deposit of $200CAD Per Person within 60-days of reservation. Final payment due 45-days before departure.

Africa, Asia, the Indian-subcontinent, South & Central America, The South Pacific, Turkey and the Middle East are our areas of specialty. Their itineraries reflect experiences which transform a vacation into the trip of a lifetime. Their promise is in their vision, to always guarantee an enhanced and memorable travel experience.

Enquire for the offer now!

FacebookTwitterEmail
* This offer is subject to availability and can be withdrawn or varied without notice.